A 369-foot-tall statue of Lord Shiva known as the Statue of Belief or Viswas Swaroopam will be unveiled on October 29, 2022. During the current festive week, the unveiling of the world’s tallest Shiva statue will be held in Nathdwara, Udaipur. Preacher Morari Bapu in the presence of Chief Minister Ashok Gehlot will inaugurate this statue. According to sources, other members of the assembly will also grace the inauguration event.

Located 45 kilometers from Udaipur at Ganesh Tekri, this statue was erected by Tat Padam Sansthan. It is built on a 51 bigha hill and can be easily spotted even from a distance of 20 kilometers. At night, it will be beautifully lit, to increase visibility.

Here’s how you can get there

The majestic statue of Lord Shiva at Nathdwara, also known as the ‘Statue of Belief’, will mesmerize you every time you see it. 📸: Vishnu Gaur #shiva #statueofbelief #hypnotize #nathdwara #exploreajasthan #travelrajasthan #padharomharedes #rajasthantourism #rajasthan pic.twitter.com/y1gqzDrxWB

If you’re wondering how to visit the tallest Shiva statue, don’t worry, we’ve got you covered! Udaipur Tourism Organization has built first class facilities for the visitors. The 369-foot-tall figure will be the only one in the world with an elevator, stairway, and hall for worshippers. Additionally, there are 4 elevators and 3 stairs that visitors can use to reach the top.

Nathdwara is a place of pilgrimage which attracts various devotees every year. Also, tourism will be boosted after the tallest statue in the world is built here.

Also read: The lifelike statue of Amitabh Bachchan installed by Indian-American fans in front of their house

Learn about the tallest statue of Lord Shiva in the world

It took ten years to build the statue. 3000 tons of steel and iron, 2.5 cubic tons of cubic concrete and sand were used in the construction of the statue. Wind tunnel (wind at high altitude) testing of this statue design was conducted in Australia. This statue is made with 250 years of durability and durability in mind. Moreover, even winds of up to 250 km/h cannot damage the statue. And, it is zinc coated and copper painted to protect it from rain and sun.

Also Read: This Shiva Temple in Madhya Pradesh Was Built by an Englishman During Colonial Rule

Also, a fully equipped water tank is installed with firefighting equipment to ensure full safety of Lord Shiva statue and devotees who will come for darshan.

Other large statues of Lord Shiva 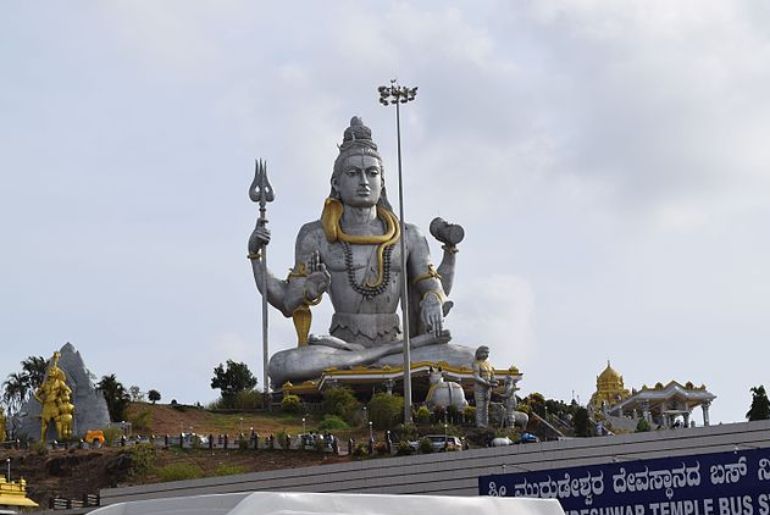 We are sure that in no time, the Statue of Creed aka Viswas Swaroopam will become one of the most frequented tourist destination in Rajasthan, and dozens of devotees will flock there to seek the blessings of Lord Shiva.