Standing above a river on India’s west coast, a tribute to the country’s ‘unifier’ stands proudly. The Statue of Unity is so big that it is the tallest statue in the world. Completed in 2018, it depicts lawyer, politician and statesman Sardar Vallabhbhai Patel.

Who is this honored man? Patel was a champion of Indian independence from Britain and served as independent India’s first Deputy Prime Minister and Home Secretary. Raised in rural Gurajat, the state where the Statue of Unity is located, he was one of Gandhi’s first lieutenants and led peaceful protests against British rule. He is also credited with unifying the 565 self-governing states that existed after the end of British rule. This effectively brought the country together to form the India we know today.

To celebrate his achievements, it was announced in 2013 that a statue would be erected in his honor. Ram V. Sutar, a prolific Indian sculptor, had already designed a statue of the leader for the Ahmedabad International Airport and it was decided that the statue of unity would be an enlarged version of this sculpture. 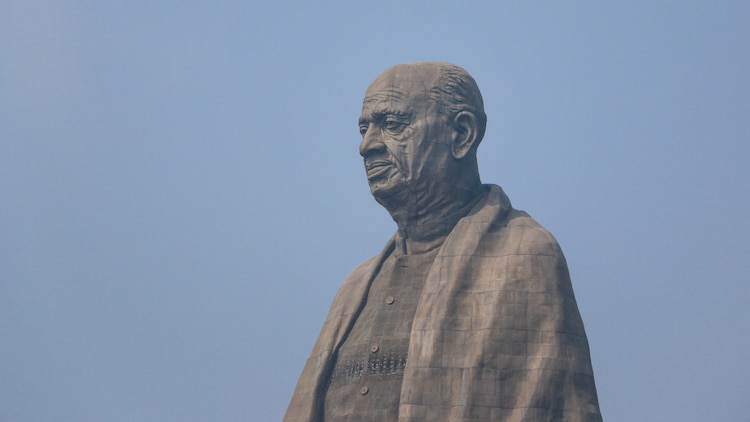 With a height of 182 meters (597 feet), an incredible amount of materials and engineering skills went into creating the statue. The height of the sculpture was specifically chosen to reflect the 182 seats of the Gurajat Legislative Assembly. The enormous sculpture rests on a 50-meter (190-foot) base and allows the figure to hover almost above the landscape. This brings the total height of the Statue of Unity to 232 meters (787 ft)

The sculpture is so large that there was no foundry in India equipped to cast the bronze pieces that covered the steel and concrete core. The parts were eventually cast in China, based on 3D scans, and shipped back to India, where they were assembled on site. In total, more than 5,600 bronze panels were created. If we also take into consideration the bronze panels of the facade, 3,550 tons of bronze were used in the Statue of Unity.

Intended to be a symbol of the nation’s spiritual, historical and academic values, the Statue of Unity towers over other great sculptures around the world. The ancient tallest statue in the world, the Buddha of the Temple of Spring in China, stands 153 meters (502 feet), while another tall sculpture, the Statue of Liberty, looks almost small at just 93 meters ( 305 feet).

Inaugurated in 2018 on the occasion of the 143rd anniversary of the birth of Vallabhbhai Patel, today the Statue of Unity is a booming tourist destination. The public can access three areas inside the statue, including an observation deck located at chest level on the sculpture. The Statue of Unity also includes a museum dedicated to the life of Patel and his contributions to the unification of India. By 2021, 5 million people had visited the Statue of Unity and its daily visitor count had even surpassed the Statue of Liberty.

To see the Statue of Unity’s opening hours and to book admission tickets, visit the official website.

The largest sculpture in the world, Statue of Unitystands 597 feet tall and is located in India. 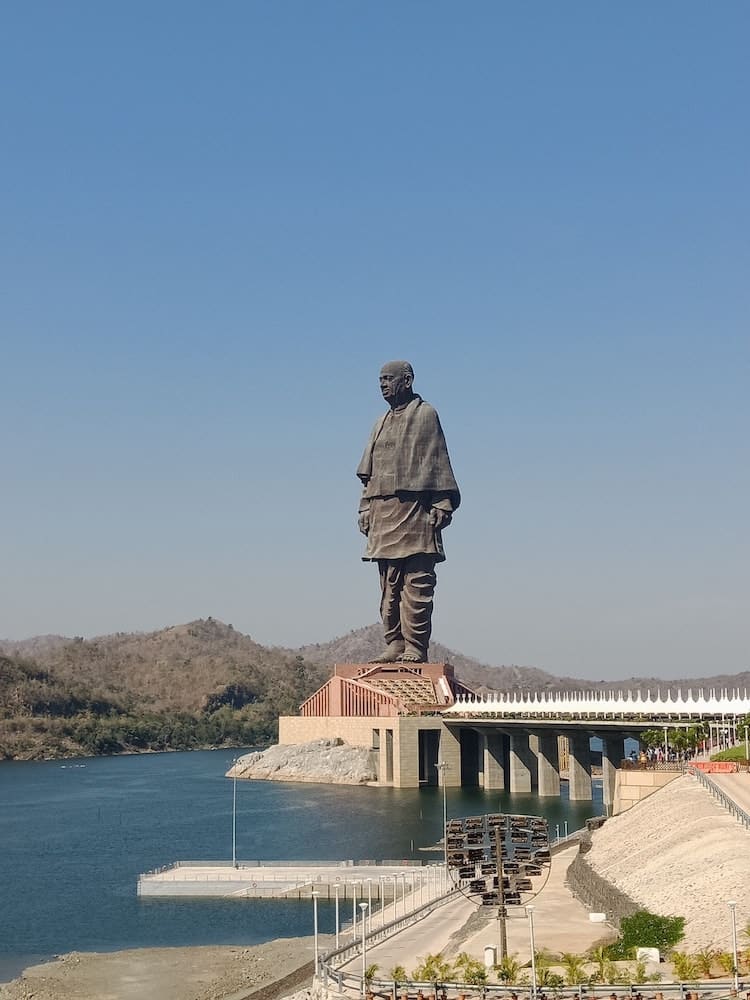 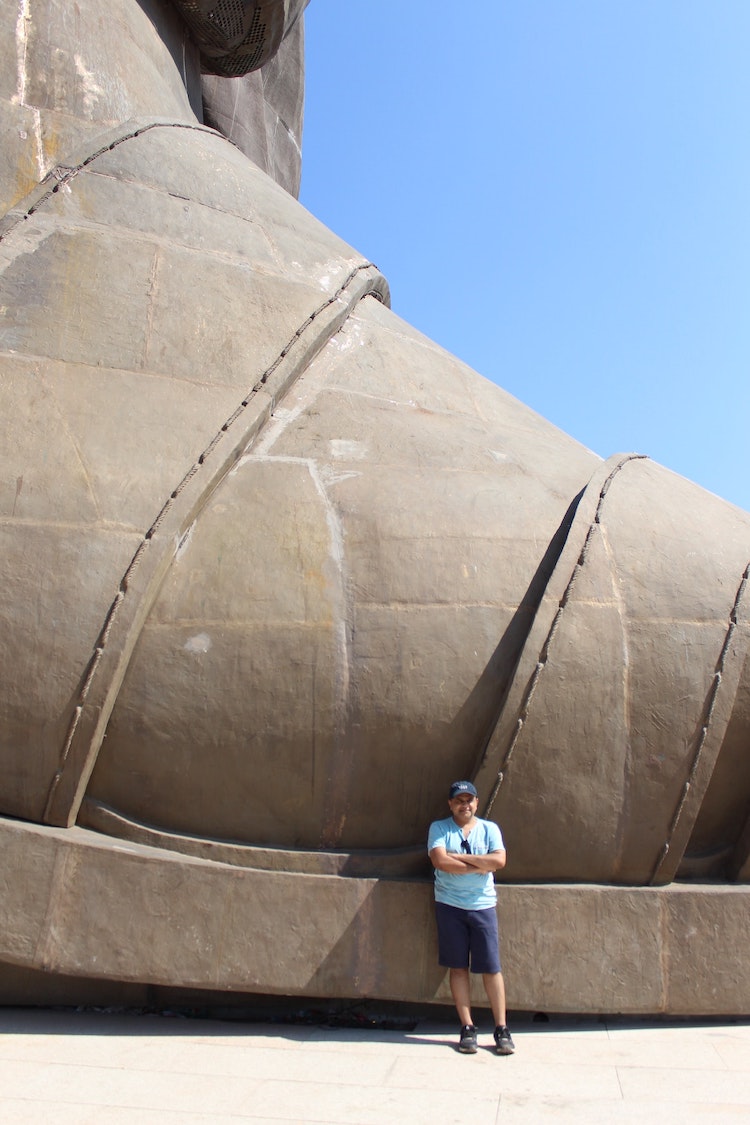 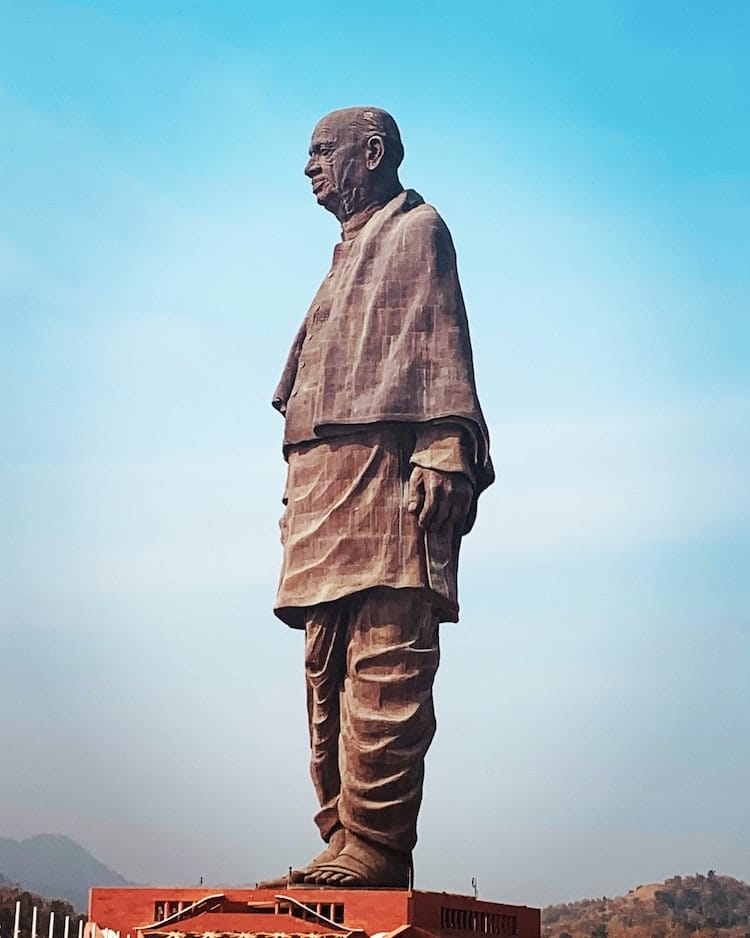 What is the tallest statue in the world?

At 597 feet tall, the Statue of Unity in Gujarat, India is the tallest statue in the world.

What’s inside the Statue of Unity?

The public can access spaces including a museum, a viewing gallery and an exhibition area. The sighting is located at 502 feet, roughly at chest level with the statue.

Who is the person in the Statue of Unity?

The Unity Statue depicts Vallabhbhai Patel, who was the first Deputy Prime Minister and Home Minister of independent India.

How tall is the Statue of Unity?

The Statue of Unity is 182 meters high.

Who designed the Statue of Unity?

Ram V. Sutar is the Indian sculptor who designed the Statue of Unity.

The world’s largest Buddha statue carved into a cliff

Why Michelangelo’s “David” is an Italian Renaissance Icon